“It’s time to find a cure!” Dr. Rhoton’s directive to Michael Pasternak in 2005 led to the creation of the Facial Pain Research Foundation. He had seen first-hand the devastating effects of trigeminal neuralgia throughout a 40-year surgical career, during which he treated more than 3,000 TN patients, and believed that not only was a cure the only way to permanently end the pain, but that one was also attainable. Dr. Rhoton approached the University of Florida, where he was Chairman Emeritus of the Department of Neurosurgery, and a partnership between UF and FPRF was born, leading the way to our very first research project. He then joined FPRF as one of our Founding Trustees and Scientific Advisors.

No one was more suited for such a role than Dr. Rhoton, known in medical circles as “the father of modern-day microscopic neurosurgery.” Through four decades of laboratory research and patient-care experience, he expanded knowledge of brain anatomy, including its intricate blood vessel network studied under high magnification. He also developed new, safer surgical techniques, designed finer surgical instruments, and authored the leading illustrated textbooks of brain anatomy, which serve as guides for surgeons throughout the world.

Dr. Rhoton believed that a cure for TN was possible, and that the FPRF’s research would be the key to unlocking that cure. We work every day to see that his vision comes to life, as it is indeed, “time to find a cure!” 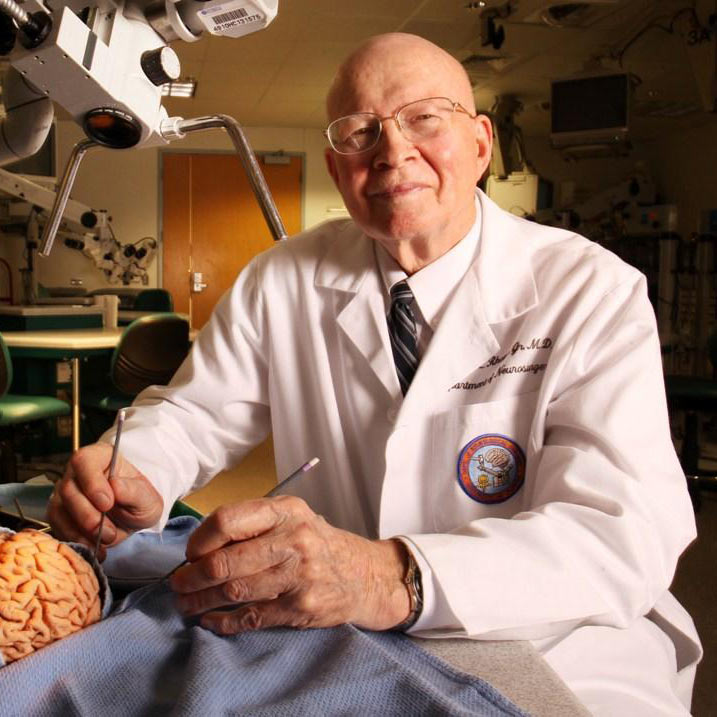