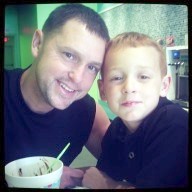 “From the Kentucky coal mines to the California sun.” Janis Joplin couldn’t have known when she sang those lyrics they would resonate across thousands of miles and several years and mean so much more than the words she belted out in her song Me and Bobby McGee. Those few simple syllables stood out among all the others as I listened to the radio this morning. Just as her lyrics suggest, some things spread far and wide, touch millions of lives, stay for a while and leave quietly or take up residence and shatter the very substance of one’s world – what felt so very solid the moment before suddenly becomes a thin pane of glass with a crack opening through its middle, the only thing between you and the chasm of deep turmoil that lies beneath.

Trigeminal Neuralgia (TN) is that crack in the pane and the pain it brings with it the chasm of darkness beneath its fragile existence.

The Facial Pain Research Foundation (FPRF) recently highlighted the fact TN isn’t choosy when picking its victims by sharing Lee Whitwell’s story and Public Service Announcement. Lee is an ex professional tennis player now living in California. She is what doctors consider an exception to the typical TN patient; she was in her early 30s when diagnosed.

Yet there is a statistic of TN patients we rarely hear from at The FPRF — That is the men who suffer from the debilitating affects wrought by a foe that holds no mercy for one’s age, profession, wealth, or gender. And therego the reason Janis Joplin’s nine words resonated with me so very much this morning. For when I heard them I was immediately reminded of Jack from the coal mine country of rural Kentucky.

Jack Williamson is that diamond being squashed and manipulated into a square peg of statistics that indicate women above the age of 50 are more likely to be claimed by this disease. Jack is neither. Obviously male, he is only 38, knocked sideways with TN at 32. But even as unusual as his age and gender may be to TN statistics, Jack throws the doctors yet another oddity into the unbroken pattern of stats they prefer — Jack has bilateral trigeminal neuralgia, and not just bilaterally, but his facial pain is atypical; instead of sporadic lightning strikes across the face, he suffers with bone crushing, chisel-like, constant pain – pain that has stolen the joy from the very core of his existence.

When hearing Jack’s story I spoke mostly to his wife, Lynda, for Jack is uncomfortable bringing attention to himself. Lynda shared with me the agonizing journey they’ve traveled in a desperate attempt to find her husband relief. Some of that journey has helped; most has not. Lynda is a force to be reckoned with and seldom rests in her fight to find a solution to Jack’s disabling pain. Together they’ve traveled far from the rural hills of Kentucky searching for that nugget of hope that tomorrow may be “the” procedure that brings back the hope that has dwindled from Jack’s world.

Listing the procedures Jack’s undergone for his pain is akin to opening a textbook on TN and reading off what one could attempt to band aid the disease. The current anti-seizure medications don’t help, so surgical intervention appeared the only option. Obviously as strong-willed and determined as his wife to have undergone the many procedures he’s been through, Jack’s had sinus surgery with a resultant severe staph, followed by two microvascular decompression (MVD) surgeries and another bout of staph that sent him to emergency surgery three days before Christmas. The MVD on his right side reduced the severe pain by 80%, but the left-sided face pain keeps him disabled and in constant agony.

A sphenopalatine ganglion block was performed without success at Johns Hopkins in Baltimore, Maryland, followed by an unsuccessful balloon compression. Jack now survives his days with heavy pain medications which provide some relief, but only a little. Out of options, Dr. Rosenburg suggested Jack see Dr. Brown in Long Island, NY, and Lynda mentioned they were waiting anxiously for Dr. Brown’s call. “I feel like we’re at a point of no return,” she added, and her voice audibly cracked with emotion. “But Dr. Brown said he won’t give up.”

I started sharing this story with you to highlight the fact that TN cares little for what path its victims walk, their shape, their height, their hopes or their dreams. I can’t end it with giving you only the medically clinical view of what TN has taken away from this man and his family in the prime of their lives. I could hear those things from Lynda as she talked.

From her I learned of the young man that grew up down the road from her, who was fanatic about playing basketball and baseball, fishing and hunting – a humble, giving, loving, country boy who would mow the elderly lady’s yard next door for free because she was too frail to do it herself – a man who loved being outside in the fresh air, but more than anything else on earth loved his namesake, Jack Jack, who was but 10 months old when his father’s life fell apart. But it wasn’t until I spoke personally to Jack that the enormity of his struggles settled into my heart like a fresh, open wound.

Jack came to the phone and said hi to me in one of the most soft, kindest voices I’ve heard in many years. He has that unmistakable Southern drawl that is melodic yet not overpowering, soothing and gentle to the ears. I had to drag from him a description of the pain he endures, his obvious discomfort in talking about himself echoing through the phone line. He reluctantly shared that his pain is like a nightmare; “an animal that can’t come out of my face and tries to scream and claw its way out, and I’m sick and tired of being sick and tired.”

But it was Jack’s softest spoken words that made the loudest impact. I had to turn the volume up to hear, yet the truth in his trembling voice crashed painfully into my heart. “The hardest thing of this whole journey,” he said so quietly I had to strain to catch all his words, “is knowing what my family has had to go through. The pain is bad, but I realize it’s as hard or harder on the caregiver.”

I asked him what he would want people to appreciate most from his story and his answer touched me in a way that few have. “I feel guilty telling you this story,” he responded after a long pause. “My wife is an angel. She’s kind, loving, and forever perseveres. But the stress of realizing my son may never know his real dad is the worst.” He paused for another moment and sighed. I could feel his ache reverberate across the distance between us. “But if telling my story can help somebody else, then I guess it’s okay.”

And that is the essence of the man that is Jack Williamson. If his pain can help someone else, then he’s okay with what life has dealt him.

We can’t let it be just okay for Jack or anyone suffering with facial pain neuropathic disorders. The Facial Pain Research Foundation reminds you that TN is not just an old lady’s disease, something that happens upon someone in their golden years and only takes away a short few hours of their quality of life. It is so much more insidious than that. It can strike the very young to the very young at heart. It ensnares man, woman or child and leaves behind shattered dreams, broken families and irreparably battered lives. Help us find that pain free day for all those that face the coming day with dread. Make Jack’s story a thing of the past. Help The Facial Pain Research Foundation find a cure today.