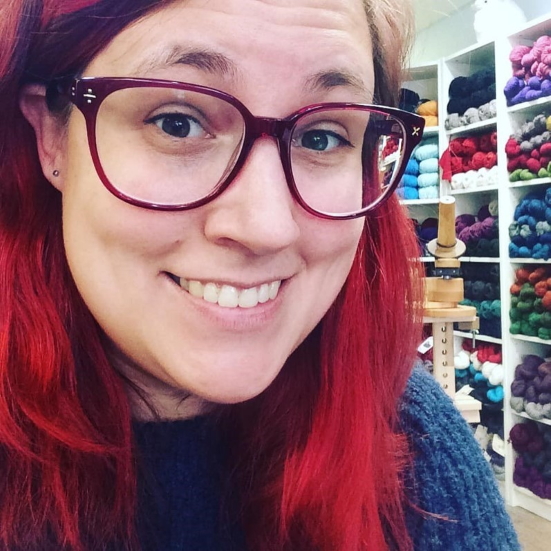 In early 2011, I woke up to the most excruciating pain I had ever experienced radiating from my ear, across my face and into both my upper and lower jaws. The pain lasted for only a few moments and then disappeared. I got up, surprised and in shock and then it happened again. After a few more episodes, I waddled my way across the street to the walk in clinic. I was lucky to see a doctor who had seen me before. He looked at me and my history, I had an attack. I couldn’t talk through it. When I could talk again I said it felt what I imagined being stabbed in the face or shot in the face would feel like. Right away he said, I’m sending you for a neuro consult, you look like Trigeminal Neuralgia. And my relationship with facial nerve pain began. I’ll spare you the details, but the short of it took me three neurologists before I found one who would listen. The first two said I was too young for any surgical intervention and that drugs were the only logical management of my condition. Armed with angst and bitterness toward a medical system that seemed more content on tranquilizing me with drugs that made me chronically nauseated, dizzy, caused me to gain nearly 70lbs in all, and made me lethargic and exhausted no matter how much I slept, I fought to educate myself about TN and all the options, good and bad.

I connected with a couple of amazing people who took tearful phone calls from me. They had TN, and they armed me with information and courage to keep pushing. It was a result of those interactions and the uncertainty of the medical support I had that I founded the Trigeminal Neuralgia Lantern Walk of Awareness! It gave the pain a positive meaning and allowed me to connect with other people and hopefully spread some awareness about a disorder that is largely unknown and misunderstood in the medical world. A disease that has the nickname of “the suicide disease” because the percentage of those who attempt suicide because of what TN does to their life. And I would be a hypocrite to say it wasn’t something I thought about. The thing about TN is, above and beyond the pain, it changes how you live. You have triggers that can start a series of rolling electric shock attacks or make it feel your face is on fire or that all of your teeth are being drilled into simultaneously. Many from my support group said that giving birth was easier and less painful than a TN attack. Everyone has different triggers, and they can change over time or depending on how you respond to meds but for most of us, there are a lot of triggers. My triggers included, but definitely were not limited to: eating, especially crunchy textures, anything cold, or too hot. Brushing or flossing my teeth, touch, air moving across my face, smiling too much or too big, talking, laughing, sneezing, blowing my nose, yawning, putting on my glasses, brushing my hair, you get the idea. As you can imagine this can make simple daily tasks quite challenging. I often would have to use a straw if I drank any liquids that were a tiny bit cold. I couldn’t go out with friends or family much because I’d survive work and be in agony by time I got home and exhausted from the pain and meds that all I could do was go to bed and hope I could sleep to try and recover from the day.

Onto my third neurologist, maxed out of almost all of the pharmaceutical options, and on cocktails of drugs that were starting to cause damage to my liver, I was over 6 years into my TN journey and I had enough. It took away my twenties from me, it took away my ability to spend time with friends and family, it took my away my ability to do things like go hiking or spend time doing photography. I felt drugged up and I was still getting attacks daily. I went back to my neurologist and I fought. He said they couldn’t help me because my mri came back “unremarkable” but thanks to my research and talking to people, I knew two things. MRIs are not always an accurate diagnostic tool for TN, they are a ruling out tool to make sure your TN isn’t caused by things like MS or tumours pressing in the nerves but often the smaller vessels and arteries are hard to identify or are missed entirely. And two, I knew you wanted someone who does a lot of the procedures that you are hoping to get done. After being told I was “unstable” when I came in begging for help again, I finally had my surgical referral and the wait began. 6 weeks went by and I got a call from Dr Anthony Kaufmann’s office in Winnipeg. I pushed for him because I knew the wait would be a year as opposed to up to 8 years in Vancouver. Kaufmann also learned the procedure from the man who invented it and has devoted his entire medical career to cranial nerve disorders. On top of that, I had heard only amazing things about him and his team. There was not an arterial compression on my MRI but the surgeon saw some blood vessels that he thought might be contributing to my attacks. They gave me about a 50% chance at the surgery being successful and I was 100% willing to go try and have it not work because it was better than not trying at this point. I was put on a cancellation list but told it would about 12-14 months to have my microvascular decompression (mvd) surgery. Fast forward 9 months and I was starting to experience some weird pain in other parts of my body and blood tests started to show that my liver function was not working properly anymore from all the medications I was on. I called Winnipeg and next thing I knew I had two weeks to organize my trip there, the time off work and help from family to make it all happen. We arrived with a buffer day to set up our air bnb and then it was off for all my presurgery consults and blood work ups.

My surgeon spent a long time with me, my husband and mom, answering all of our questions. He also expressed some concerns that some of my symptoms were more typical of atypical Trigeminal Neuralgia or atypical facial pain. These were symptoms that surgery would not have a chance of helping and had I been misdiagnosed previously and actually had an acute form of facial pain, surgery could actually make worse. I was informed that in his opinion it was a 50/50 gamble that surgery would help or make it worse. That was a lot to digest after feeling so sure that surgery was what I wanted. I was 100% willing to try it and have it fail but to try it and have it get worse was not an outcome I had previously considered. I know a handful of people who had previously had other surgical procedures done and had it go incredibly wrong and they ended up worse. I had seen their experience first hand and suddenly everything was more terrifying than I could imagine. I was given a few hours to think it over and ask any other questions and I made the decision to move ahead with surgery. One thing I so appreciated is that Dr. Kaufmann gave me the power by telling me I could say yes now and that I had until the moment they put me under to change my mind.

The next morning came and despite all the butterflies and anxious nerves, I made it to theatre and after a couple of jokes and a few last minute pre-operative checks I was out. Waking up from surgery was not a great feeling! I had some relatively minor complications that required some extra checks and follow up with the hospital gastroenterologist. I’ve never experienced that much nausea in my life but it only took a minute before they knocked me out with some strong pain killers and the next time I woke up, I was in the neuro step unit being quizzed about where I was, what the day was and what was my name etc. I’ve never been a big fan of hospitals but the nurses and Dr. Kaufmann were amazing. I could press a button or squeak out a noise and a nurse would come and adjust my medication or help me through a nauseous patch. FYI – throwing up, coughing and sneezing post brain surgery are NOT FUN! Staples aren’t exactly the most flexible to sudden, jarring movements. They had me up and walking less than 24 hours after surgery and before I knew it I was released back to to the air bnb until my 2nd follow up with the surgeon.

In a lot of ways recovery was easier than I anticipated, the electric shocks I would get from my TN were basically gone but I wasn’t prepared for just how tired everything would make me and some of the things I’d have to work on mentally to adjust to being “healthy” when I’ve been used to being “sick” for nearly 8 years.

I took my first shower and then I slept for half the day. I have fibromyalgia and some of the restrictions to help my head heal caused severe painful flares. To help prevent a CSF (cerebrospinal fluid) in the first several weeks you aren’t allowed to bend over. I was home making pasta one day and spilled sauce on the floor…… I ended up throwing wet paper towel at it and then used my foot to tidy it up. I also had to sleep on a wedge for several weeks. That was probably the most uncomfortable I’ve ever been in a bed! It was worth it though. I healed well and within a few months I was starting to get a little bit of energy back and most of the surgical pain was gone. The TN shocks were also still gone. I am left with what feels like a sunburn on the left side of my face and almost a tickling of the skin that almost never goes away but taking away the awful waves of stabbing, piercing nerve pain has been a total game changer for me.

It’s been a crazy year and I can hardly believe the transformation. I’ve lost a good chunk of the med induced weight gain, I can go for drinks and dinner and come home tired, but without the searing nerve pain that would stab me relentlessly. I’ve slowly learned to be less cautious and anxious over any little twinge I get in my face – my nerves have comfy little Teflon pillows now! It’s been a huge adjustment to feel good. I still live in chronic pain that never stops and I have bad days and get occasional TN shocks on my non surgical side but for now they are few and far between and don’t seem to have regular triggers or come with the same intensity they did on my other side. For now, I’m just going to milk every moment that I can be relatively normal again. And enjoy every day that I am able to feel good. There’s no cure for TN so while I am doing better now, it is my hope that more will become educated and that we will be able to get help more easily in the future. No one should have to experience the kind of pain that TN causes, even my worst enemy.