Previous Next
An Interview with Dr. Orion P. Keifer 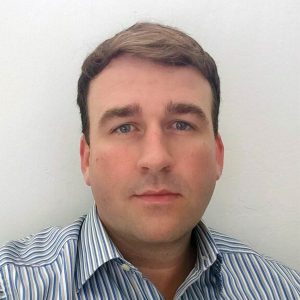 Orion P. Keifer, Jr., M.D., Ph.D., is Vice President for discovery and translation at CODA Biotherapeutics Inc. in South San Francisco, California.   He is a neuroscientist with neurosurgical expertise in small and large animal models, focused on small molecule, biologics, and cell and gene therapies for neurological diseases.

Before joining CODA, a preclinical-stage biopharmaceutical company developing a chemogenetic gene therapy platform to treat neurological diseases, he worked as a consultant translational scientist and surgeon for Above and Beyond, focusing on precision medicine for neurodegenerative disorders.  Keifer earned a M.D. and a Ph.D. in neuroscience from Emory University, and a M.S. in brain and cognitive neurosciences and B.S. degrees in biomedical engineering, applied psychology and applied biology with Highest Honors from Georgia Tech. He completed his post-doctoral training in the Department of Neurosurgery at Emory University.

He spoke with Mervyn Rothstein, who was a reporter and editor at The New York Times for 30 years, and whose first symptoms of Trigeminal Neuralgia appeared in 2005.

MR: Tell us about your Trigeminal Neuralgia-related research study project, and its place and importance in the search for a cure.

The answer is that the drug acting on the receptors to turn off the Trigeminal Neuralgia neurons is also all over other parts of the brain and body, and it is acting on those as well and the result is severe side effects, like getting drowsy.  The second problem is that parts of the nervous system like the brain and spinal cord are very good at adapting, and over time it compensates for messing with those different receptors. It takes them off the surface of the neurons so you can no longer really act on them and the pain returns.

We said that means that we’ve got to think of a new paradigm to treat neuropathic pain and treat other neurological disorders. That we had to focus on the problems — the side effects or off-target effects — that you get rid of the pain but you make the person lethargic or drowsy, and that the medications lose effectiveness over time. So we though instead— why don’t we just put receptors where we want them to be? Instead of having them all over the body, what if we could put them exactly in the cells or neurons we’re interested in targeting. And then make sure they were constantly expressing. What if we could make it so that those receptors responded only to a very particular drug? What that would allow us to do is very selectively control the neurons of interest.

For example, in Trigeminal Neuralgia we have the trigeminal ganglion, and it’s thought that those neurons are just firing off signals telling the brain, Hey, you’re in pain! Hey, you’re in pain!  So what we want to do is use gene therapy, in this case an engineered viral vector —  an engineered virus. You can remove whatever the virus would normally be doing when it goes into the cell, and put in the receptor that we’re interested in, and then you can put that in the trigeminal ganglion.

And you can do that using all the standard methods that people have used in treating TN. Some TN patients for example have percutaneous, or through the skin of the cheek, injections of glycerol, or have radio frequency ablation. What if instead of doing that you injected this virus? It would get into these neurons, it would express this receptor, and then when the person took the medication that medication would only act on those neurons because they’re the only ones that have those receptors expressing. And if those receptors aren’t anywhere else in the body, you shouldn’t have side effects.

Further, since the gene therapy should lead to constant expression, we do not expect the receptors to go away over time. The end result is long term toning down of the trigeminal ganglion neurons, which should reduce pain.

How would you describe the work being done at CODA and its future and progress?

Part of what we have to do is engineer these receptors. They occur naturally in humans, and what we want to do is tweak them a little bit so they only respond to the small molecule that we have licensed and not to anything occurring in the body. We’ve been engineering them and screening them to see if they have the response profile we want. We’ve screened 5,000-10,000 receptors at this point and we’ve found maybe 12 to 24 that seem like they’re behaving the way that we want.

From there we have taken the handful that are behaving as we desired, and we are putting them into neuronal cultures.  When you’re testing things one of the things you have to do is instead of moving them right into humans you have to establish that they work.  One of the ways you do that is you pull out trigeminal ganglia neurons, or dorsal root ganglia neurons or spinal cord neurons and basically grow them in a dish.  We’ve actually tested these receptors in a dish of neurons to see how the work, and we’ve shown that you can control neural function.  So right now, we are taking the receptors that worked in culture and putting them into animals, into the dorsal root ganglion, brain, spinal cord and other areas, to try to control sensation and other behaviors.  Further, we are putting them into rat models of neuropathic pain to try and control that pain.  Our hope is if that works, in the next year and a half or so we will be moving very aggressively into clinical trials

To get to the clinical trial, once you’ve shown that something can work in an animal model you have to prove that it’s safe .  You do pharmacology and toxicology studies.  You set up studies in small animals like rats or mice, and then in large animals like dogs or nonhuman primates, where we inject the gene therapy.  We wait for the receptor to start to express, and then we start dosing with the drug, and we see if we have any safety issues.  We look at it for three months or six months or longer to make sure that there are no safety issues that come up in any of those animals

After that, you basically present all your data to the FDA and say, “hey, may we please put this into people in a phase one trial to test safety” and they give us feedback to either test other parts of the therapy for safety, or they allow us to proceed into humans.  Optimisically, we’re looking for a clinical trial in a year or two depending on our findings.

Why did you decide to focus on pain research in your career?

I don’t know if I started with the idea of working specifically on pain. What I started with was the idea, when I was doing my medical training and my research training, that there hadn’t been a big revolution recently in techniques in neurosurgery and treating neurological disorders. A lot of neurosurgical procedures are iterations of things that were developed by neurosurgeons in the first half of the 20th century.

So when I came across the technology that CODA was developing, it really appealed to me because it was a new, more elegant way to do neurosurgery, if you will. You could inject this tuned therapy into different parts of the brain or spinal cord or the peripheral nervous system these CODA receptors and begin to selectively control the brain without damaging it (like the destructive procedures for TN

When we were looking at what diseases to go after with the formation of the company, pain was really compelling, especially neuropathic pain and TN, because there’s really good evidence from some of the treatments that are out there that if you can control these peripheral neurons, these trigeminal ganglion neurons, you can actually alleviate the pain. But in a lot of cases the relief seems very transient or plagued by side effects. So we thought we could have a more durable effect with less side effects.

To further reinforce the focus on neuropathic pain it was also clear that this disorder was very debilitating. One of the things we look for is where can we make a big impact on patients’ lives. Instead of working on a disease that maybe is not cured but patients are 99 percent good if they take the right medications, we have a disease where even if you have the best care in the world, you go to the best pain specialists in the world, controlling the pain is very difficult.  So all of these patients are sitting there miserable, they’re suffering, on a daily, weekly, monthly basis and wondering when will modern medicine tackle the problem.  With that,  I’m sure you know that TN is known as the suicide disease—people’s pain can get so bad that it’s unbearable, especially when all the treatment options are exhausted.

So it was very clear to us that there’s great data out there that says we can control these neurons and alleviate the pain, and there are all these patients suffering.

So why don’t we go after it?

So, that really drew me into pain especially after working with Allan Busbaum and others who showed me the magnitude of this problem in the pain world.

The Facial Pain Research Foundation is moving forward with a sense of urgency to find cures for Trigeminal Neuralgia and related Neuropathic pain. Why have you linked your efforts to such a new organization in the field of pain research?

So what we wanted to do is make sure we actually understood what’s important to these TN patients. Is it the frequency of the pain, is it the intensity of the pain, what would be considered a good outcome to you, would you accept us injecting this virus into your trigeminal ganglion? Would you be okay with that procedure? Really understanding, so we don’t get to the clinical trials and all of a sudden no one wants to participate and everybody’s worried about it and we’re looking at the wrong outcomes. And we’re not actually helping the patients for what they want. And we can reach these patients through the Foundation.

And the second thing is that the Facial Pain Research Foundation is phenomenal in that not only does it care about the patients, it cares about the research. And they’ve built this beautiful consortium of really brilliant researchers looking at  pain and working in that sphere. And we really wanted to be part of that dialogue, contribute where we could, see if we could actively learn something while also giving our perspective on what we’re trying to do and give updates and really just work with that excellent team.

What keeps you awake at night?

I think it’s false hope. I think our technology can work. But the brain and the nervous system are so remarkable and so adaptive. What I don’t want to have happen is that we’re another Carbamazepine or Gabapentin where we get it to work, it helps people for a year or two years and then starts to wear off. That’s my biggest worry, I think.

With that in mind, we’re trying to design studies to ask that question about what we call durability. What I don’t want to do is take somebody’s pain away just for a year and then for it to come back. That’s the story of Trigeminal Neuralgia. The pain goes away and comes back, goes away and comes back. They take the medications, they get destructive procedures in their brain, they get all sorts of things done. And I don’t want to contribute to that. I want to stop it permanently.