“The Race To Save Face”: Judy Littleton

Previous Next
“The Race To Save Face”: Judy Littleton 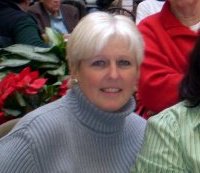 Judy Littleton was like most of us stepping into middle age and seeing possible retirement just around the bend of years. She had dreams for her future, dreams like royal icing on an already delectable chocolate supreme cake, sweet and enticing, the aroma alone almost sufficient to satisfy your sweet tooth. She and her husband of over 36 years, Gary, envisioned the empty nest they’d share, the retirement home nestled into a sparkling beachfront property, chasing grandchildren through the wind into the surf, the two-seater sports car in the driveway just waiting for them to jump in for spontaneous road trips. Their dreams were real and solid, only a few short years away when the possibility of their fulfillment disappeared in one sharp moment of pain – pain that sparked through Judy’s face like lightning bolts on steroids – moments of pain that left behind a loss that’s hard for Judy to discuss without being brought to tears.

Trigeminal Neuralgia (TN) made its first appearance into Judy’s life in 1998 with what Judy’s dentist initially believed to be fractured teeth, although a root canal and a cap did nothing to alleviate the ever-increasing facial pain. After several months of endless pain, her dentist suggested additional root canals to the surrounding teeth. Already prepped and awaiting surgery, Judy’s maxillofacial surgeon decided to do a closer examination of her teeth, and finding no fractures in her teeth, put a halt to the scheduled root canals, suggesting she visit a neurologist instead. Since that time Judy has run the gambit of the medical options touted as “cures” for TN pain.

In 2002 her neurologist injected her jaw with a nerve pain block. She remembers her jaw chattering uncontrollably when the doctor hit the nerves with the needle. The pain went away for a mere day and a half before returning once again, this time with a vengeance. Judy learned through extensive reading that researchers had determined TN pain may originate from damage not only to the trigeminal nerve in the face, but also from damage to the central trigeminal system in the upper spinal cord and the ponto-medullary levels in the brainstem. So with a hopeful heart she turned to a chiropractor specializing in TN treatment through upper cervical chiropractic care in an attempt to reverse the irritation to the nerves in the brain stem and spinal cord. She traveled two hours each way every week for three months for adjustments that failed to relieve her pain. In 2003 she was started on the anti-seizure medications typically used to treat TN. The medications left her confused and sluggish, but offered little relief, so in 2004 she decided to reach for what was considered the gold star in the treatment of TN, Microvascular Decompression surgery (MVD).

MVD is a surgical procedure to relieve the symptoms of TN caused by compression of a nerve by an artery or vein and involves surgically opening the skull and exposing the nerve at the base of the brainstem to insert a tiny sponge between the compressing vessel and the nerve. The sponge isolates the nerve from the pulsating effect and pressure of the blood vessel. Judy rented an apartment near Johns Hopkins Hospital in which to stay for her recovery. After a seven day stint in the hospital and on her way back to the apartment for further recovery, Judy felt a familiar pain in her face, and by the next day the full, unrelenting pain of her TN had returned.

Devastated does not come close to describing Judy’s emotions at this new failure in her search to eliminate the horrific pain that had overtaken her life. She finds it difficult to define the extent of pain that she lives with every waking moment and prefers hiding her pain and getting on with life – her love of life and faith evident in her cheerful voice as we speak. If pressed, she admits that her pain registers an eight on the pain scale on a good day, yet often the pain scale that doctors and hospitals use to gage their patients’ pain level is of little use to Judy, because the numbers don’t go high enough. But Judy is not a quitter. When the MVD failed, she followed it with a rhizotomy radiofrequency in May of 2005. Once again the procedure failed to touch the source of her pain, and by 2008 she found it impossible to continue in her career as an administrative assistant and customer service representative. Judy’s voice cracks as she remembers having to give up the job she loved, and breaks even more as she describes applying for disability that was rejected by a judge that rudely insisted he could not believe someone could have the pain she described for what he labeled ‘simple skin pain.’ Looking back on her attempt to receive disability, Judy realizes that it may have been her own fierce determination not to show the level of pain she lives in to others that caused the judge to not believe her. “People don’t understand how much I put into not showing how bad I hurt in public. I was brought up not to whine about my problems, not to give in to them, to learn to overcome them. If I had allowed myself to flinch when the air conditioning blew across my face, had shifted my seating position to hide myself from the pain it caused or to cover myself with my ever present scarf, perhaps the judge could have seen for himself what the ‘simple skin pain’ of TN meant.” She continues, “If I could give one bit of advice to others facing a similar situation, I’d suggest they not sit stoically hiding their pain through the discussion with the judge. Do all the things you would normally do in private when trying to resolve the pain, and cry if the pain hurts. Without some outward sign of pain, the judge won’t be able to understand the words you use to describe the agony you live with every day. That was where I failed, and I hope through my failure others will be able to learn.”

In 2009 Judy underwent a Gamma Knife radiation procedure at the Cleveland University Hospital. She was told beforehand there was a slim chance of the Gamma Knife causing a serious and incurable side effect, anesthesia dolorosa (AD). Although the odds were on Judy’s side, luck wasn’t, and not only did the Gamma Knife fail to reduce Judy’s facial pain, it left behind one of the most dreaded complications of neurosurgery, damaging the nerves in such a way that the feeling sensation in part of Judy’s face is reduced or eliminated entirely while the sense of pain remains. AD is irreversible and Judy describes the sensation akin to pulling her facial skin to the back of her head and yanking her eyeball with it, with ice picks stabbing through her eye at the same time. Judy is currently considering deep nerve stimulation or motor cortex as possible options to reduce her TN pain, but the fear of undergoing additional brain surgery has kept her from discussing the alternatives too seriously with her doctors.

Yet still Judy’s optimistic spirit shines through. She has succeeded in meeting every obstacle in her path with an inner strength that’s beyond phenomenal. “There have been times when I felt like giving up,” she explains, “and a time when I could not imagine living the rest of my life this way.” She quickly adds, “But I don’t want to die so I know that God will make the reason for the suffering clear to me one day.” Even above Judy’s own strength of spirit and her faith in God that He’ll see her through, Judy adamantly credits her ability to continue to her husband’s unyielding love and care. Gary has stood by her side, held her hand through every procedure, and gently wiped away the tears when the pain made life too unbearable to face. “This horrible disease often breaks couples apart,” Judy explains, “because some people tend to move away from never-ending pain. But Gary and I both agree that my TN has brought us closer, making us realize just how very much we love each other. He is my strength and the love of my life. I wouldn’t be here today if I hadn’t been lucky enough to have him as my husband and best friend through all these years.”

Judy’s research led her to The Facial Pain Research Foundation’s WebNewsPaper – the Foundations’ promise to find a cure within the next decade filling a void that had slowly found its way into Judy’s heart as she’s struggled to keep pace with the pain that’s ravaged her face the past 12 years. She mentioned the Foundation to her niece, Jessica Ferris, and Jessie, an avid runner, volunteered to help put together a run, with the proceeds to be donated to the Foundations’ efforts. So with heads together and determined hearts, Judy and Jessie have begun the marathon task of organizing the Foundations’ first run for a cure, appropriately named “The Race to Save Face.” The five mile run and shorter fun run for the younger set is scheduled for July 13, 2012, in Dover, Ohio, the date commemorating the death of Judy’s beloved father to whom she credits her grit and spirit. The local School House Winery in Dover is proudly sponsoring what they hope to be the flagship race for others to follow and has committed to backing the run for three years. Judy’s entire family is stepping in to do their part, with Judy’s husband, Gary, acting as treasurer, and Judy putting her crafting skills to good use by scrapbooking the entire event. Bright lime green t-shirts are being ordered – the bright green a beacon of optimism, the “go light” to indicate we are, indeed, beating a disease that has beat down so many.

Judy’s unfaltering spirit is contagious and her determination to face her pain one day at a time without dwelling on the painful years ahead is its own beacon of optimism. Obstacles that to most would have stopped them in their tracks simply bring out the fighting spirit in this remarkable woman. A loving family carries Judy through the darkest of her days. Faith fills her soul and allows her to continue to wake each morning facing another day of unrelenting, torturous facial pain. But it’s hope that keeps her looking forward, hope that the end of her pain is near, hope that a cure is perhaps just another “Race to Save Face” away.