An Interview With Dr. Kim Burchiel

Previous Next
An Interview With Dr. Kim Burchiel 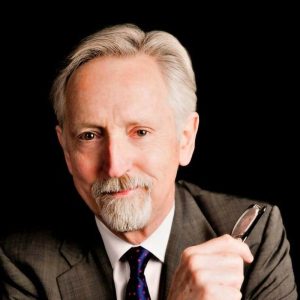 Dr. Kim Burchiel is a co-principal investigator in the Facial Pain Research Foundation’s trigeminal neuralgia project. As the John Raaf Professor and Chairman of the department of neurological surgery at the Oregon Health & Science University in Portland, his interests include functional and stereotactic neurosurgery, pain surgery and epilepsy surgery. His colleagues in the trigeminal neuralgia project are principal investigator Dr. Marshall Devor of the Hebrew University of Jerusalem, Israel, and Dr. Ze’ev Seltzer, a professor of genetics at the University of Toronto. The project is called “In Search of a Cure … Finding the Genes That Predispose to Trigeminal Neuralgia.” Its goal is to identify the genes that make people susceptible to TN or cause the pain, and then move toward prevention and cure.

Dr. Burchiel spoke by telephone from Portland with Mervyn Rothstein, who was an editor and writer at The New York Times for 29 years before retiring in 2010. Mr. Rothstein is now a columnist for Playbill Magazine, where he writes the “A Life in the Theatre” column; he is also a member of the Tony Awards Nominating Committee. He has had trigeminal neuralgia since 2005.

MR: Some people are surprised that a person of your professional stature in the world of neurosurgery is involved in research that has a DNA focus.  Why have you decided to take on a leadership role in this genetics research project?

I’m more committed to solving the problem than I am to any particular solution. So if it turns out that we can discover the origins of this condition it may well be that surgery may not be the ultimate answer.

MR: Why have you decided to focus on pain in your career?

Very few neurosurgeons choose to focus on pain, because it is a difficult specialty. It’s often frustrating for both the surgeon and the patient. It actually involves the surgeon frankly saying at some point, “I don’t know. I can’t help you.” And surgeons hate that. They like to have an answer. And you have to be honest enough and humble enough, I guess, if that’s possible, for a surgeon to say, “I don’t know what’s wrong with you.” The flip side of that, honestly, is so much can be done in the pain world. Pessimism didn’t cure anything. You have to approach this with optimism and with science. I think those two things go a long way. A lot farther than most people would think.

MR: What is the importance of this study, and what potential is there for having an impact on the study of other diseases and possible cures?

I am excited about this research because the opportunity here is enormous. Not just for understanding trigeminal neuralgia but understanding neuropathic pain of other forms, which is a general condition that has been to a large degree the Holy Grail of pain research for my entire career.

MR: What steps have you taken to be certain that the DNA samples that are being collected are from people who have experienced trigeminal neuralgia?

We understand that at OHSU you are approaching the collection of the first 100 patient DNA samples and that the goal is to complete another 400 at eight additional Collection Centers.  When do you think that the total 500 will be collected and what will that number provide your research scientific team?

We are in the process of getting the other centers up and running right now and my expectation is that within about a year to 18 months we’ll have all the samples collected we need to complete the DNA collection. And then the genomics, the genetic side of it, will take another six to nine months, my guess.

MR: What are the “next steps” in moving toward a cure after the collection (phenotyping) is completed?

MR: The Facial Pain Research Foundation is moving forward with a sense of urgency to find cures for trigeminal neuralgia and related facial pain.  Why have you hitched your efforts to such a new and relatively unknown foundation for pain research?

Well, first of all, they approached me. That’s a simple answer.

MR: But why did you agree?

I agreed because I think trigeminal neuralgia is a unique opportunity. Because of the clarity with which we can make this diagnosis we have an opportunity to explore a condition with what we think is a very uniform population that has the potential to produce an answer. When we talk about other pain conditions the variation is so great that the ability to extract the common signal from the data is extremely difficult. But trigeminal neuralgia is such a clearly and precisely defined entity that there’s no mistaking it for something else, and in that way what we’re doing is proving the resolution of our data, meaning we’re going to get a much clearer picture of what’s going on.

MR: Each day people are contacting The Facial Pain Research Foundation with stories of failed surgeries and medications they experience in trying to stop trigeminal neuralgia pain…that their pain is getting worse.  What encouraging words do you have for these people?

The most encouragement I can offer is that treatment of pain is a very difficult enterprise. For patients with trigeminal neuralgia the prognosis for treatment is actually quite favorable. Obviously any treatment of any type will have some patients that fail tradition therapy. And it’s hard for someone who has failed the therapy to be appreciative I guess of the fact that most people actually do therapy well. I think the things I can tell someone who’s failed therapy is to make sure they’re seeing in terms of a consultant the right person, someone who has experience and has committed, dedicated experience in this area. Because only in that way will they get what I think is the best possible answer, not only for what they have, why they might have failed and what the next steps would be, but also what not to do, because many people with failures go off and have further treatments that may be either ineffective or dangerous. So if you’ve failed once, if anything it makes it even more critical that they find someone that really knows the field and is committed to this diagnosis, to get the best possible suggestions for further therapy.

MR: How can they help the scientists working toward cures?

I think right now the centers we’ve recruited – I think it’s going to be important to support those centers so we get the right numbers of folks in the near term, to go ahead and get our 500. We hope based on that additional data collection and the run that we do with it with the genetic studies, that we will obtain either an answer or at least clues to what the next steps might be for us. We have a lot of other ideas about things we might pursue. For example, we have talked about and will be doing some preliminary analysis on individuals that are said to have family that has had a trigeminal neuralgia past. That could be a difficult analysis because often we don’t have those other family members available and we can only validate the diagnosis within other family members if we have those people at hand. So if there were people out there – they’re probably not very common – that had a blood relative that had a bona fide case of what we call Type One trigeminal neuralgia, those people we really want to talk to, because that might give us some clues about the inheritance of this condition. We don’t believe though that this is a simple genetic inheritance. It must be multiple genes that contribute if it is genetic, which we do think it is. So family members with Type One trigeminal neuralgia would be highly valuable particularly if we can talk to them and sample their DNA.

That’s one way they can help. And the other is just to support the Foundation in its work. This is just the beginning. We have many other projects that the Foundation is going to be pursuing. This is where patients and families of patients with facial pain can really make an impact, because they can direct their resources to these very, very specific questions that are driven by what I think are world-class experts like Dr. Devor, Dr. Seltzer, myself. So even though it’s not a common condition, it is a very pivotal condition and one that the support groups can get behind and really move this forward. It may not only advance, as I said before, the treatment of this condition but many, many other pain conditions once we begin to crack the code.