An Interview With Dr. John Neubert

Previous Next
An Interview With Dr. John Neubert 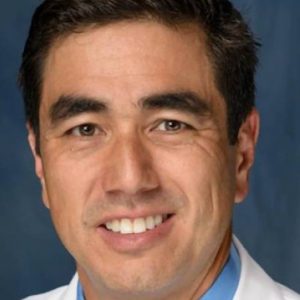 John K. Neubert, D.D.S., Ph.D., is the principal investigator for the scientific research project entitled Mapping Towards a Cure: Identification of Neurophysiologic Signatures of Trigeminal Neuralgia Pain, at the Evelyn F. and William L. McKnight Brain Institute of the University of Florida. Dr. Neubert is a tenured associate professor in the Department of Orthodontics at the University of Florida College of Dentistry. He also has an adjunct appointment in the Department of Neuroscience at the University of Florida College of Medicine and is on the faculty of the McKnight Brain Institute. Dr. Neubert spoke by telephone from Florida with Mervyn Rothstein, who was an editor and writer at The New York Times for 29 years. Mr. Rothstein now writes the monthly “Regional Theatre” column for Playbill Magazine and is a voting member of the Drama Desk, an association of theater journalists. His first symptoms of trigeminal neuralgia occurred in 2005.

MR: Why did you decide to focus on pain in your career?

That’s a good question. When you go through your dental-student career, you learn that pain is very much a part of the public perception of dentistry. That’s what people associate dentists with. As a dental student, I was fortunate enough to be able to do research with someone with studied facial pain and who saw facial pain patients. And I became interested in trying to find better ways of eliminating pain.

MR: Your research involves locating and imaging the signature centers in the brain for trigeminal pain, and the pathways to those centers. Once you do that, what happens next? What are the research steps that need to be taken to find the cure – to stop the pain – and how difficult is this process of moving from finding the cause to eliminating it?

The first step is the imaging part. We’re hoping that we can find a common signature center, where the pain starts, in the different patients that we’re scanning. We’re also doing a similar study in our animal models. We’re hoping also that there’s an overlap in what we see in trigeminal injury models in rats, and in what we see in humans. Once we can identify the signature center, that will be the target for possible future therapeutic treatments.

It’s a difficult process. The first problem is the relatively small number of patients who have trigeminal neuralgia. It’s a relatively rare disorder. So to get a sufficient number of subjects is the first challenge. And the next challenge is to see if there’s that overlap in brain activity in a signature center. The last difficulty comes in translating these results into therapies, and in getting those therapies approved. What’s helping us is that we are working in parallel on the basic side – our animal work – trying therapeutics, so once we are ready to move to the human side we will hopefully have things ready to go as far as therapeutics are concerned.

MR: What is the importance of this trigeminal neuralgia study and what potential is there for having an impact on the study of other diseases and possible cures?

We’re hopeful we can come up with new therapies, because it’s a disease that’s largely resistant to many treatments, and people even after surgery can still have horrible pain. As far as impacting other disorders, the mechanisms that occur in the face are very similar to mechanisms that occur elsewhere in the body, so we have a very clean model for studying pain.

MR: How have you and your research colleagues attacked this problem from a new perspective?

The neural imaging aspect is one of the more novel parts. People have done imaging for a number of years, and they’ve gotten very good at it. We’re using it in the sense of a biological marker, and we’re hoping that this neural image may also serve as a diagnostic tool. It could help people diagnose trigeminal neuralgia versus some other disorder that’s causing the pain. Our project Co-Investigator, Mingzhou Ding, is reknowned for his imaging expertise.  I also work with a lot of very innovative investigators here at the University of Florida in terms of the therapeutic side of things. My collaborators on the project, Robert Caudle and Marcello Febo, have some novel therapeutics as far as targeting specific pain fibers. And we’re working with another investigator here, Todd Golde, who is an expert on viral delivery of pain therapeutics.

That’s the direction we’re going to take in terms of innovation, in what we think will be the best approach for treating trigeminal neuralgia. It’s basically a very safe virus that you can program to modify certain genes. You can have genes and proteins increase or decrease, depending on what you program into this vector.

The nice thing about these vectors is that it’s just an injection. People who have trigeminal neuralgia start out with some medication like Tegretol and if that doesn’t work they go to some kind of surgery and they may go to another surgery. So the idea of using one of these viral vectors would be to do the injection prior to having surgery, to see how it works, Because you could always do the surgery afterward. It makes sense to have this kind of therapy. I think people would prefer it if we could just inject something to end the pain.

MR: Why haven’t researchers completed this research years ago?

Two main reasons come up. It’s like a lot of things – technology and money. Advances in technology relating to computer power have really accelerated in the last five or ten years. Our imaging studies, as far as analyzing the data and narrowing the resolution of what we’re trying to locate, use very powerful magnets and computers.

It also really comes down to funding. Trigeminal neuralgia is a relatively rare disease, and there’s not a lot of emphasis on trying to get money to study this disorder. Pain is one of those disorders that’s not a disease. There’s a tremendous need to find new products, new pain therapies, but the situation doesn’t fit nicely in any of the National Institutes of Health categories as far as funding needs go.

MR: What are the biggest obstacles you face in translating your preclinical findings to the clinic?

Probably it’s just going to be dealing with the Food and Drug Administration’s regulatory process as far as getting a new therapeutic treatment approved. That process can take many years. So if we’re thinking about injecting a viral vector or using some kind of other therapeutic, a lot of other studies have to be completed first. Toxicology has to be worked out – we have to make sure it’s a safe approach. And then evaluate the therapeutic efficacy later. One of the problems we run into as researchers and trying to translate things is that many substances or therapeutics work very well in mice or rats, but we’ve seen previously that when you take the same substances and try them on humans, a lot of times they fail. That’s always an issue.  Something that works on a rat doesn’t always work on a person.

MR: Every day many people in pain are contacting the Facial Pain Research Foundation asking if it is truly possible to find a cure for trigeminal neuralgia. How would you respond to their question?

I would say it is possible. We’re putting a lot of resources and a lot of brainpower into the problem and we’re hopeful that we can find something. This is a collective “we” I’m talking about – including the other investigators who are involved with the Facial Pain Research Foundation, the groups in Israel, Toronto, Portland, San Francisco, London, New Jersey, North Carolina and Florida. There are a lot of smart people working on this project to find a cure.