Previous Next
An Interview With Dr. Cory R. Nicholas 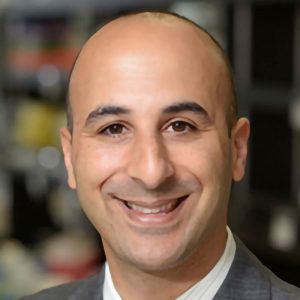 Cory R. Nicholas, Ph.D., is a co-founder and chief scientific officer of Neurona Therapeutics. He is also an adjunct assistant professor at the University of California, San Francisco. Before co-founding Neurona, Dr. Nicholas was a faculty member in the Department of Neurology at the University of California, San Francisco, where his research program was focused on investigating the development of human cortical interneurons from their earliest stages to maturity.

The Facial Pain Research Foundation recently agreed to finance a cooperative research project between Neurona and the University of Florida’s McKnight Brain Institute to test the Neurona neuro-stem cells to see if they will stop neuropathic pain in animals. The study should take from 12 to 24 months. If it is successful, Neurona plans to seek Food and Drug Administration approval to begin studies in humans that hopefully will lead to clinical use.

Dr. Nicholas spoke by telephone from California with Mervyn Rothstein, who was an editor and writer at The New York Times for nearly 30 years before retiring in 2010. Mr. Rothstein has also written for Playbill Magazine, and now playbill.com, since 1991. He currently writes the Stage Directions column for the Playbill web site. He was diagnosed with Trigeminal Neuralgia in 2005. Dr. Nicholas spoke about his research, Neurona, the agreement with the Facial Pain Foundation, and his future hopes.

MR: Why did you decide to focus on pain in your career?

I’m a developmental biologist and I was studying the development of the nervous system, specifically the development of inhibitory nerve cells that are the basis of the collaborative work with the foundation. And we had a colleague at the University of California at San Francisco, Allan Basbaum, who was very interested in seeing if these inhibitory cells could be applied to the treatment of pain, which is his expertise. So our groups joined forces. We were able to work together, and Allan in his laboratory took this and really pioneered application of the cellular transplants that we were studying in the brain and applied them to the spinal cord. And he was able to show that the transplantation of those cells could ameliorate and in some cases completely reverse the experimental pain sensitivities in rodent models of neuropathic pain.

MR: What is the importance of this Trigeminal Neuralgia research study?

I think this is a tremendous opportunity to take the next step and to build upon the work from Allan and others in our group and really to leverage the resources from the network at the Facial Pain Research Foundation. Because we’ve not yet tried putting these human nerve cells that we think can be restorative and potentially curative into any type of animal model of Trigeminal Neuralgia. One of the reasons we weren’t able to do this on our own is that we didn’t have access to the animal models of this disease. These animal models are quite nuanced and can be difficult to establish on our own. That was when we were introduced by Michael Pasternak of the Foundation to John Neubert at the University of Florida, who had this model. He’s been studying it for a while and had it up and running at his lab. Thankfully Michael Pasternak and the Foundation were able to make that introduction.

MR: How would you describe the work being done at Neurona and its future and its progress?

We submitted a proposal to the Foundation that was just funded where we can do three things. Number one, we can see if the pain phenotype – the observable pain characteristics –  that John has studied for a long time in his animal model can be extended to an animal that does not have an immune system. We need an animal that does not have a functioning immune system to allow for the long-term persistence of the human cells in a rat, because the same kind of immunosuppressants that we will be using in the future, potentially in clinical trial for humans, those drugs don’t always work in rodents. So we had to change the animal strain – so that is the first aim, to see if we can produce a stable pain phenotype using the animal model of Trigeminal Neuralgia that John has studied.

The second aim to see whether our human interneuron cells could be delivered using neurosurgical stereotaxis – a method of locating points within the brain – specifically into the regions where we think the pain triggers are in this disease, and to see if those cells will persist with long-term stability in those rodents.

And then finally, if we succeed with the first two, to see whether the human cells can demonstrate disease-modifying activity and significant compelling pain reduction in this rodent model. If we satisfy all those conditions, then I think we really have considerable support and rationale to pursue a clinical trial in humans for treatment of drug-resistant, intractable Trigeminal Neuralgia. And of course we then have to work with the Food and Drug Administration to run a battery of safety and toxicology studies before doing the first trial. But those would be the next steps.

When do you envision (or hope) that cell-replacement treatments for neuropathic pain (including Trigeminal Neuralgia) will be tested on humans and eventually be ready for use in humans?

The first study, with John, is between one and two years long. And then it would probably be another two to three years of working with the F.D.A. to set up the clinical trial.

MR: What are the biggest obstacles that you face in translating your preclinical findings to the clinic?

That’s a really good question. It’s one that is common not just to pain but just about to any disease, especially in the neurological disease space. And that’s quite simply because rodents are quite different from humans in many aspects. There are different anatomies, different neural circuitries. And especially with pain, where you don’t know how an animal such as a rodent is feeling. We use instead, in lieu of an actual communication as to how a rodent is perceiving pain, we use surrogate experiments to measure aversive behavior or hypersensitivities, in terms of how the animals are moving their limbs or responding to a stimulus. Those surrogates are of course never the same thing as asking a person if they’re experiencing pain. So it’s both the anatomy and the ability to be able to communicate.

On top of this, there are many confounding aspects of pain – psychological, emotional – as well as a very high placebo effect. Which makes all of this very difficult to translate from rodents into humans.

The Facial Pain Research Foundation is moving forward with a sense of urgency to find cures for Trigeminal Neuralgia and related neuropathic pain.  Why have you linked your efforts to such a new organization is the field of pain research?

We were looking for ways to apply this stem-cell technology. First of all, pain was an important potential indication for this kind of cellular transplant. But when we heard from the Foundation the stories of people who are suffering with this disease, it really pulls at your heartstrings and you want to do whatever you can to help.

It just seems like pain is an indication that really does possibly lend itself to testing this proposed cellular therapy. Because it’s a disorder that’s focal in nature – there’s a focus of pain in the facial region that can be targeted, so we have a target to deliver the cells, which is one of the criteria we have for applying the cellular therapy. Because the cells are delivered directly into a lesioned area. They’re not delivered systemically. So when we think about diseases that we can address with this technology we think about a disease that has a well-described focus – an area such as the trigeminal ganglion or other aspects near the brain stem where we think the pain trigger exists in Trigeminal Neuralgia.

This is still quite controversial in the field and nobody knows for sure. So because we don’t understand the cause, it gets back to your question about what makes it difficult to translate to humans. That’s another important aspect as to why this is a tough bridge – because we don’t really know yet what causes this disease. Which is true for many diseases. So we do our best to recapitulate using artificial triggers in rodent models.

Every day many people are contacting the Facial Pain Research Foundation asking if it is truly possible to find a cure for Trigeminal Neuralgia. How would you respond to their questions?

Absolutely I think it’s possible. And I think the Foundation is funding some tremendous work. The Foundation has wisely spent its dollars on leading-edge research to understand the causes of the disease, looking very carefully at human genetics. And complementing this basic understanding with attempts at a cure using gene therapies, and cell therapies like ours. So I think there have been very rationally thought-out efforts to try to cure the disease with the technologies we have and the information we have, along with efforts to understand the causes of the disease.

MR: What keeps you awake at night?

It’s always how do we continue to fund this important research so that we can truly try to make a difference and help people who are suffering from this terrible disease. There are just not enough research dollars available from the National Institutes of Health. There are very few means to acquire dollars for cutting edge moon-shot types of ideas. I think this was a perfect opportunity for the Foundation to connect a couple of different research efforts, one on animal models and the other on stem cell technology, with one another to give  it a shot and see if we can see some efficacy in these animal models. And then if we do, the next step will be trying to figure out how to garner the dollars for the next step, to march this toward the first clinical trial in humans. That’s where it gets very difficult, because the dollar amounts go up. But I think the Foundation has really done a terrific job in seeding these efforts to take that important first step. And if we can determine that this can potentially represent a very effective, long-lasting therapy, possibly a cure, then there’ll be more evidence and rationale and support and enthusiasm for this to snowball. But we’re going to need all the stakeholders to come together on this and continue to raise the dollars to keep this going. And that’s always a source of anxiety – how do we get the dollars to investigate the feasibility part of this, which is what we’re talking about with this first project. But then once we demonstrate feasibility, how do we sustain that, to make this a real human-therapy clinical trial for patients who are suffering. That’s the two-fold anxiety that keeps me up.